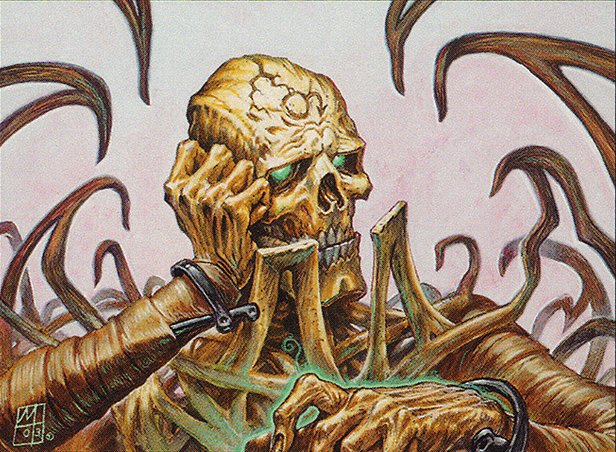 Purpose of a Ban List is cards which are currently banned but if voted on may be unbanned.


Purpose of a Blacklist is cards which are banned because they hurt gameplay or the community within.

All cards that refer to the 'Ante' mechanic (Full List)


All cards that are the 'Conspiracy' supertype (Full List)


All cards that begin subgames


Predatory Marketing:
The physical printing and selling of mechanically unique cards by Wizards of the Coast without distribution through brick & mortar retailers and/or third party wholesalers that have limited availability based on region, and/or time-gate on availability that goes above that of a print run (IE; available to order only for X days). Furthermore, the digital distribution of online only cards which have limited time availability to acquire said online-only product, are also included.


Automation:
If a blacklisted card is printed in such a way that would eliminate its status as a predatory card (printed as a naturally occurring MTG non-premium booster product that is not sold exclusively by Wizards of the Coast), it will automatically be removed from the blacklist and placed on the ban list. For the purpose of online only cards, appearing in a cube does not count as a non-premium booster reprint. This is the only method which allows for removal of a Predatory Card from the Blacklist.

This will give the MTG Captain community agency in deciding if the card will be healthy for their format. Once on the ban list the card will become eligible to be voted on by the masses.

Thanks to the 2022 Double Masters 2 supplimentary set
These cards are NOT banned. Yay!

As noted in the demoted previous Captain discord, the automated function of this list auto-removes these cards without delay. 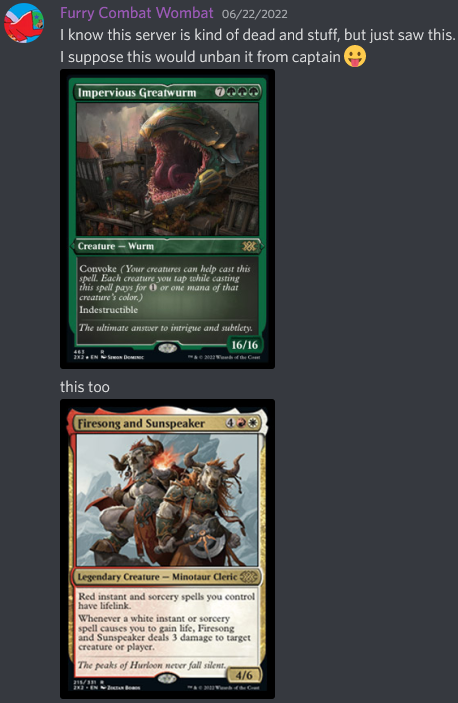 And in the modern active Discord server; 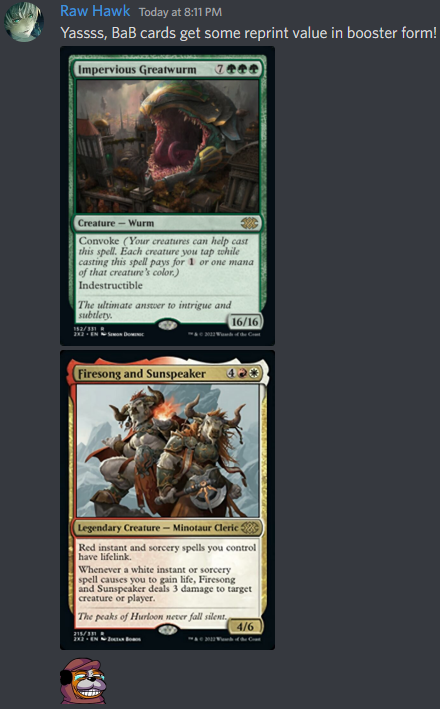 Want to join the modern and active Discord server talking about these changes?
Great, Click the icon below to get started!

The Gold List exists to reduce administrative busywork, by protecting cards that are seen as necessary for the format to function properly (Basic Lands).
These cards are to be denied from being directly banned or blacklisted via Ban or Blacklist proposals.